TRADITIONAL MEDICINE IN THE BALKANS

Nowadays the Balkans is an area spared of the active, polluting industry of the rest of the planet. Thousands of years ago the Balkans were very sparsely populated, which made it possible for anyone to occupy it and settle there.

Because of the favorable climate, the Balkans was occupied by Slaves, Greeks, Turks and by other smaller migratory nations who came from the Asian parts as a rule. All of them found here good earth and climate for development and for the future. In the Balkans, both the climate is very good and the drinkable water is pure, taking into account that there are many mountainous massifs that make it possible. 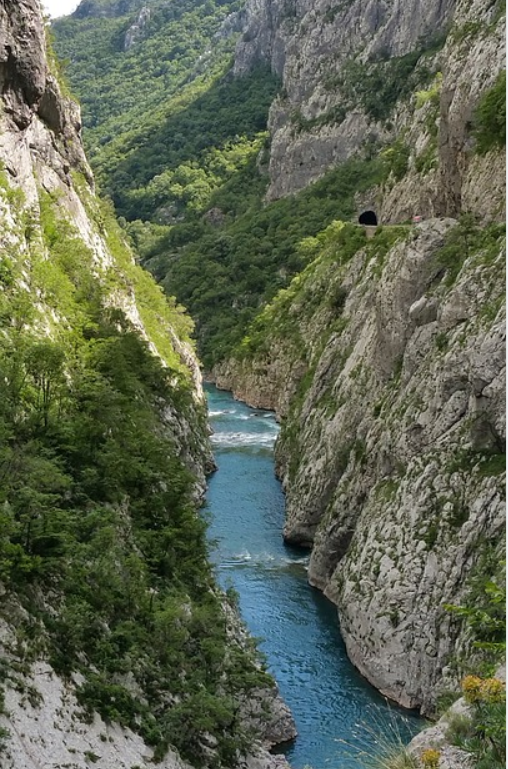 Traditional medicine has deep roots in each nation’s cultures and customs. In the past it used to be very closely connected with religion. As a rule, the priests of various religions (and we must mention here that each nation had its deities) were also physicians. As a matter of fact, medicine and religion have been intertwined or very closely connected ever since there was a recorded history of Earth. Here we must mention the examples of Hinduism, Buddhism, Judaism, Christianity and Islamism. It is a proven fact that, in all religions, irrespective of the deities they believed in, the physician was also a priest in 70% of the cases.

Obviously, it is easy to understand why there used to be such a close connection at the beginning of the civilizations. The reason is that religion means unity, connections towards a goal, namely mysticism and deities. Or, medicine means treatment of the body. In old times, mysticism and treatment of the body were connected. Traditional medicine is as old as the human being, because – when the human being has been born – he needed medical care; only the traditional medicine could provide such care. The Balkan physicians treated rich and poor alike; it didn’t matter how rich you were, it mattered only how ill you were and what the priorities were.

Writing on little stone slabs dating back thousands of years bear evidence that physicians in the Balkans made an oath before gods, an oath by which they engaged themselves to treat all patients, irrespective of their wealth. Skulls were found, dating more than 5 thousand years back, bearing marks of surgery, namely trepanations, which had been so accurately performed, that surgeons envy the precision of the intervention even today.

Hence a lot of questions arise: what devices could the first generations possibly have had, as long as metals and metalwork were discovered only much later? How did the surgeons at that time know to perform this kind of surgeries, when the science of surgery discovered them only much later? How could possibly exist writing techniques so advanced that the stone slabs were made to last for thousands of years without being completely eroded?

Physicians of those times were a highly respected category. We can infer it from the drawings that were found, depicting the deity, the priest and the physician as well as the figure of the last one wearing a crown on his head, which meant that he was the king of the people. We find in the same writings that 1) a sick man was treated according to his ailment (it is what we call diagnosing today); things like: 2) how the ailment occurred (we call it the cause of the disease today), 3) how to get rid of the ailment (treatment) and 4) the history of the disease and the methods to eradicate it (which stands for pathology today).

In old times, people used to guide themselves in the traditional medicine after certain principles such as: life is full of pain and suffering; life is the cause of all this pain; pain can be eradicated and, not in the least, there is a direction or a way leading to the eradication of all pain. In other words, unless we eliminate the causes of pain, we cannot find the real salvation or the salvation in truth. At the beginning, they practiced traditional medicine as moral duty towards each suffering man, not as somebody’s duty, somebody who would be praised for that. Later, this moral duty became a job, and it has remained a job to this day. The first civilizations may have been right. The traditional medicine should have been and should be only the moral duty of every man to help his kin even nowadays.

At the beginning, the first civilizations who settled in the Balkans created a special branch in the medical field: health and the role of medicine for a healthy population. Because there were – and are at present, too – many nationalities in the Balkans, each of them had a god of health. Therefore several deities are known as the god of health, such as: Telecfor, Iazo, Panaceea, Asclepios, Macsaon, Podalirii and others. Orpheus, the Thracian god of medicine and music is well-known. At a much later date become known the works on philosophy and medicine written by Plato, Socrates, Pythagoras, Aristotle, Hippocrates and Galen.

One of the greatest physicians ever known, one who successfully treated every disease in the old times was Orpheus. He used to treat a great number of affections through herbs. The herb by means of which he treated the best is known as HABERLEA RHODOPENSIS today, or commonly called the Orpheus’ flower. It successfully treats generalized cancer, but only if it is used in combination with very many other herbs. Orpheus’ successor, Zamolxis – both a physician and a high priest – was the patron and the representative high figure of Thracian medicine.

Information can be found in Herodotus’ works about Zamolxis and about the downright wonders he worked through traditional medicine. In Plato’s writings, in Harmid to be more precise, they say among other things: Zamolxis was the Thracians’ emperor, but also their god. As their god, he helped his subjects get cured of every disease, by means of herbs. In the course of time, the Balkan medicine has proven that it can treat any affection by its methods, namely by herbal hydro-alcoholic extracts, dressings of medicinal herbs, in natural state or chewed. At the same time, it proved that you cannot treat the eye without treating the body, but also that you cannot treat the body without treating the soul.

Obviously, the Greek people acknowledged after a long time that the condition of one part of the body influenced the condition of the entire body. The Balkan traditional medicine proved that the soul is the source out of which everything, good as well as evil, would reflect upon the body and which would generally define the personality. The Balkan traditional medicine proved that we had to treat the problems of our head in the first place. Consequently, the rest of our body would be healthy. In the way he set up the medical science, even Hyppocrates, 460-377 before our era, father of modern medicine, was directly influenced by Zamolxis’ treatment principles.

Fundamentally, the Balkan traditional medicine employed water, herbs, music and the dialogue with the patient. The sick man was taken out in the sun, in the middle of the forest, when they applied him various procedures, it is a known and acknowledged fact. As he was treated, he could also listen to the song of the birds and to the music of the nature.

The Slave peoples, the Bulgarians, the Serbians, the Macedonians and the Thracians believed that it was demons that caused the disorders and the affections. They also thought at the beginning that the evil spirits’ kiss brought the herpes or that evil spirits make children cry or make them trip and break a bone. They also believed that fairies or moires helped people get cured and helped them find the healing herbs. Later they believed that Tangra, their supreme god, taught them how to treat their kin and what herbs they should use. Much later, the medicine of these peoples came to a balance and the category of physicians was born who treated the population by means of herbal extracts, water or other things. The sick men were treated at their home or on the battle field by the traditional medicine physicians. The first known hospital dates back to the year of 369 our era. Later, the sick men were treated in an organized manner and within the precincts of every monastery.