The Secrets of Egyptian Traditional Medicine

The Egyptian civilization was a beacon in history by its science and its cultural manifestations. The Egyptians built the pyramids, the paths hidden in the mazes and a very strong system of traditional therapies, the many unknown factors and results of which seem downright mystical to the modern society. As we study the Egyptian culture, we see even nowadays that the Egyptian civilization attained a peak of development in the history of humankind. Their deeds and their achievements, though, do not seem to fit in their age and in the history of the society of their time. 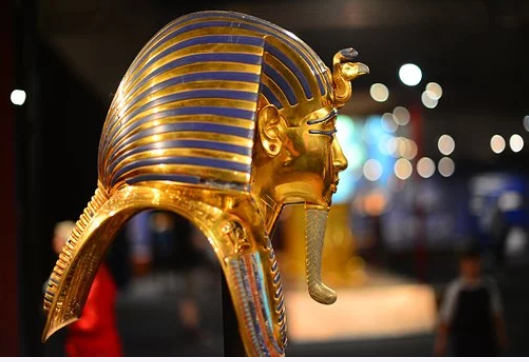 The Egyptians thought that man is born physically healthy. Disorders occur because of a polluted living environment, and of a planet that broke its connection with divinity. Very developed though they were, the Egyptians did not think they had enough culture to understand divinity. According to the Egyptians’ beliefs, the human body gets sick both because external and internal factors. Diet was vital for health; food abuse or starvation harmed equally the body. If food is not well digested in the stomach, the putrefaction processes occur, a thing that may lead to death. Among the external factors, they also mention polluted air, maggots that are transmitted from animals to everything, causing infections, and insects that make blood exchanges between various species.

The Egyptian physicians thought there were special channels for blood circulation. The divinity blows energy into them constantly, thus maintaining the human body. They ascertained the patient’s health condition by feeling his pulse and by comparing it with their own pulse. They gave a special attention to each patient. They could tell a pregnant woman and they could tell the fetus’ gender by using bamboo leaves and salt. The gender was ascertained with great accuracy every time; there was no mistaking it ever. Taking into account the fact that the pregnant woman’s urine helps cereals grow, the testing was done in the following way: were the pregnant woman to give birth to a boy, wheat grew stronger where she had urinated; were a girl to be born, barley grew. It is a proven and genuine testing method, one that Europeans successfully used, too, in the Middle Ages

An Egyptian woman gave birth crouched in a squatting position, supported by another woman; the latter one held her hands upon the pregnant woman’s knees, holding her. Women used to breastfeed their children until the age of three. To ensure fertility and the future baby’s health, the Egyptians used extracts of various herbs mixed with crocodile fat and acacia juice, ingredients that have proven their therapeutic value to this day. However, this formula, containing several more herbal admixtures, has potent effects for both sexes.

Diseases and Treatments in Ancient Egypt

The main data about a person’s health were provided by the mobility of the neck. Where there was reduced mobility, the physicians started running tests, because it was the first sign of disorder.

Again, the Egyptians proved to be among the first civilizations mastering the embalming technique, by methods unequalled to the present day, as well as the method of preserving the human body.

The Egyptian physicians also had notions of surgery. They performed surgeries successfully and treated multiple injuries countless times. The flesh wounds were sewn by thread and needle, using special techniques. On the first say of sewing, the wound was dressed in animal meat to prevent bleeding. Animal meat has a coagulant effect in contact with human flesh.

As bandages, the Egyptians used dressings of vegetal fibers as well as medicinal herbs for treatment and quick recovery. In the treatment of the skeletal system they used a mixture of honey and tree resin, which served as plaster; the mixture dried and held the bone immobilized until recovery. Honey was widely used, because it has certain properties: it absorbs water, dries the wounds, destroys the microorganisms and stimulates the production of leukocytes and antibodies.

In the case of infections, the Egyptians used various herbal mixtures with antibiotic effects, but it was compulsory that they should contain wheat mould. The Europeans will borrow the technique later, yet it would be incomplete, because you have to live in Egypt to know all he secrets of the Egyptian medicine. As antiseptic, they used frankincense, wine of dates, turpentine, and acacia tea.

Power of Nature Based Treatments

The herbal mixtures with hallucinogenic and analgesic effects were used as anesthetics in the more severe cases. In the less severe cases, they used mixtures of medicinal herbs and acupuncture. As anesthetics in amputations, they used a mixture of water and vinegar to which they added marble powder. The mixture triggered a chemical reaction releasing a gas that froze the wound. Therefore, the Egyptians were the first who used cryogenics and who knew the methods.

The Egyptians took from the depths of the Earth what materials they needed for the manufacture of their medical utensils: they went inside caves; they descended almost as deep down as lava pits; they took the metal and made various instruments out of it, including the medical ones. They knew that burning a wound with a hot metal would stop the hemorrhage. In traumatology, they used various rods for immobilization, made out of various materials. Thus, a series of drawings were found in architect Ipudji’s sarcophagus of various layouts of the rods around the bones. There is also a mummy with screws dating back to this period; the screws were used to fix in place and to reconstruct the broken bones.

For the treatment of burns, the affected areas were dressed in sheepskin. Before dressing, the patient was disinfected with goat milk, acacia flowers and leaves. They changed bandages for 14 days. After 14 days, the wounds were completely healed, no scar left.

For the treatment of cough, they did inhalations with honey, yoghurt, goat milk, maroons and milled seeds of dates.

For migraines and severe headaches, they mixed herbs with catfish powder (made up of dried and milled tissue). The effect was spectacular. For earaches, they used warm onion juice.

The Egyptian medical system was well organized; there was a distinct hierarchy: the physicians were called “metseni”, out of which derived the term of “medicine”. The physicians’ symbols were a scalpel, the medical bag and a man sitting. There were women, too, in the history of the Egyptian medicine, who stood out in the medical practice. The first famous female physician is Peseshet of the 6th dynasty. Medical practitioners were in the greatest number; they treated people working in mines and on ships. There were physicians specialized in all the branches of medicine, but they only intervened where general practitioners could not cope. The physicians of upper rank did stomatological treatments. The physicians were assisted by bandagists (it is a job mentioned as such in the papyri). It is generally assumed that nurses fell into this category as well as all practitioners of average medical training. The Egyptians managed herb production and the range of herbal products, a science similar to modern pharmacology.

In the papyri named after their finders (Ebers, Edwin-Smith, Hahun) as well as in the Berlin papyrus, they describe ORL disorders and treatments, dating back to the year of 1,300 before our era. The Greek Hermes, who was a physician himself, translated the six books of papyri containing the Egyptian physicians’ code. The Egyptians described brain pulsations and brain with plenty of details.

The respective material is also described in the Edwin-Smith papyrus, 1,200 years before Hippocrates’ time. Therefore, the hypothesis was debated that Hippocrates studied medicine with the Egyptians, in Egypt, but at a later age to that of the Egyptians’ huge discoveries.

In Ebers papyrus, they speak about blood circulation, thousands of years before William Harvey (16th century). They also describe the method of cranial percussion 30 centuries before Leopold Auenbrugger (17th century). This is the only hermetic book ever discovered. In his works, the Greek Kliment mentions about the existence of the 42 hermetic which are hidden to the public eye, as they are written by Imhotep himself. The Book of the Dead is among them, also written by Imhotep. In the Egyptian medicine, Imhotep is known for his discoveries; he is also called “the physician of everybody’s life”. Imhotep’s duty was to take care of the pharaoh’s health. Nobody knows when he was born or when he died. They even built a pyramid to the Egyptian gods, named after Imhotep.