The Indian medicine contains truths about the ways of restoring the balance of a human body, but also of a soul. The customs of this civilisation are a mixture of mystery, cult and experience. In the old times, in India, for someone to be able to practice traditional medicine, it was compulsory that the respective person should be righteous, moral and faithful. Even nowadays there are Hindus who reject modern medicine, considering it unholy and their number is far from negligible.

One may draw a hasty conclusion that ignorant Indians reject the progress of modern medicine. Yet the situation is not like that at all. Modern medicine has solved a lot of things, but, at the same time, it has also had many failures and it has been helpless before many diseases that traditional medicine treats successfully. The fact shows that those people are not ignorant who have rejected modern medicine, but traditional medicine has proven powerful and valuable. 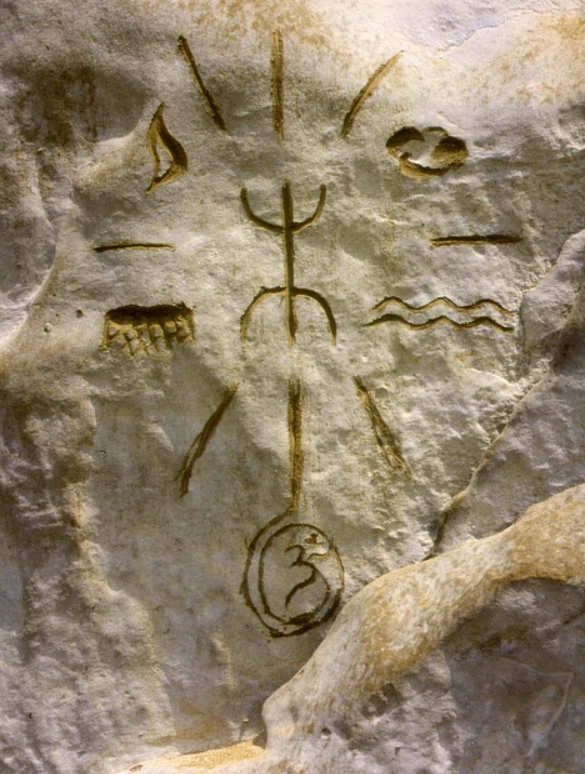 In India, people’s main religion is Buddhism. The founder of Buddhism is Buddha, born in the year of 560 B.C. Buddha was a prince of the Shakuamuni family; he lived in wealth and diversity, which came with his position and social station. This status ceased to hold any satisfaction for young Buddha who, at the age of 29, became a monk, applying himself to meditation and study of the human being. In a short time, Buddha gathered a lot of followers around him, who sought in nature remedies for pains and for the treatment of people’s ailments. Buddha began to teach his followers how to treat people by means of herbs, how to cultivate and to prepare this treasure given by nature.

Before long, everybody saw Buddha as the king of doctors and the greatest healer, because he helped and treated everybody, teaching them to pray to nature in their time of sickness, but also after it.

Buddha taught each of his followers that helping a man save himself from physical pain by means of the herbal traditional medicine was the great step to Nirvana. Buddha taught everyone that tolerance towards people is also a quality that can take them to another level in the personal evolution. Buddha’s order and legacy influenced many Indian leaders. They built traditional medicine centres in monasteries and later in towns, where they studied herbs according to the altitude at which they grew,  their content of water and minerals and the diseases they treated. Thus were founded the first schools of traditional medicine in India after Buddha.

The fact must be mentioned that they also made hospitals for animals, because Buddha had taught people that animals had to be respected, too: they, too, helped man; they had divine origin and they belonged to nature as the human being itself was a creation of nature.

From the 1st to the 4th century, Buddhism and all its teachings spread, conquering not only the poor social class but also the rich and the intellectuals, practically all social strata.

Buddha’s first teaching, expressing care for people, who should be treated by natural means, using medicinal herbs and growing them; care for nature as well as the necessity of learning and researching; the attaining of the ultimate truth, became the official Indian religion.

Within short time, Buddhism and all its teachings covered China and Japan, the entire Asian part, but also Europe and Africa, mainly through the missionaries who had travelled there. The Buddhist missionaries showed the benefits of traditional medicine and the secrets of the herbal and acupuncture treatment to all the nations they had travelled through and in the middle of which they had settled.

In the year of 450, a tomb was discovered buried in the ground. They found medical descriptions and treatment plans in it that have a real value even nowadays and prove that Buddha made advanced and thorough experiences in traditional medicine.

Another discovery dates back to the years of 670-690. It consists in the writings of the Buddhist monk I-TING, full of thorough and minute descriptions of medical procedures; the symptomatology of a great number of diseases (over 250); cropping and drying of herbs as well as their administration; and the medical regime prescribed in the treatment of many diseases.

In the same writing he mentioned that  – during the treatment and the procedures employed – each patient had to recite a series of words in a certain sequence, like a prayer, which shows the existing connection between the Indian traditional medicine and Zamolxis’ Slavonic one, because in the latter one, too, words and prayers were uttered.

In the Indian traditional medicine, we can see how deep the doctors’ concern for man was, from the teachings that physician-monks passed to people, respectively:

At the same time, they tried to define and to introduce rules and directions in the traditional medicine; they also introduced schooling as a prior stage to the practise of medicine.

Another important fact in the Indian traditional medicine is that the doctors had to give their aid to people convicted for various crimes, too, even to death convicts. They believed that everybody should pay for his or her deeds, but pay in a perfect health condition. Indian monks paid greater attention to the poor and the suffering. The monks gave them the herbs for free or the herbs were paid for by the richer gents.

Each monk would bring herbal remedies to very poor people for free, provided that the poor person showed interest in flower growth or that he or she took care of at least 3 animals.